‘Doubling Down With the Derricos’: Fans support GG’s decision to stay back in Las Vegas

As GG sat down with her friends, she opened up about how maybe it was time for the kids’ maternal grandmother to experience the love she did 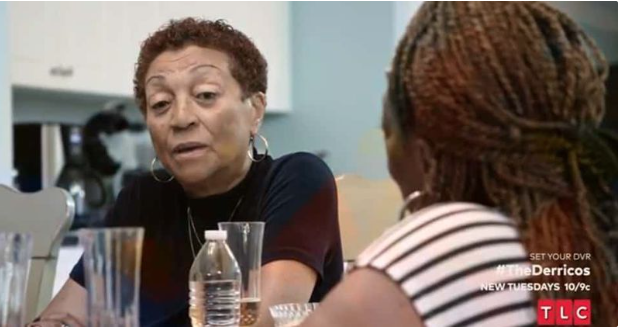 When it comes to raising their 14 children, Karen and Deon aren’t shy about using all the help they can get. After all, ensuring that each of their 14 kids are taken care of isn’t exactly an easy feat. Thankfully, they have GG, Deon’s mother and family friend Eric by their side, every step of the way.

However, their journey together might last that long. With Karen hoping to move to South Carolina and the Derrico Pavilion business plan underway, the Derricos might have to choose between staying in Vegas or in South Carolina sooner than later. But with GG refusing to move with them, it seems like the family is caught between a rock and a hard place.

While Deon is worried about leaving his mother behind, GG has been vocal about how she doesn’t want to uproot her life entirely. But, during their South Carolina trip, GG certainly had a pleasant time, seeing that her Detroit friends joined the family. While the ladies sat down to play cards and catch up, they asked GG about her decision to stay back. GG acknowledged that the kids were growing up and going on their own path. She noted that if she wanted to visit, she could always take a flight and stay for a couple of days. In addition, she also mentioned that the kids’ maternal grandmother had not experienced the love of her grandkids, and maybe it was time for her to see that too, even though she joked about not wanting to share that feeling.

Fans supported GG situation entirely, as they believe that she should live her life the way she pleases. “IKDR GG!!! Love YO LIFE SIS!! #TheDerricos” tweeted a fan. “That’s right GG take care of you #TheDerricos” added a fan. “GG is adamant she is not moving to SC. She has given them a lot of herself to-date. #TheDerricos” stated another.

Do you agree with online fans and GG? Is it about time she focuses on herself? Sound off in the comments below!

Season 3 of ‘Doubling Down With the Derricos’ airs on TLC on Tuesdays at 10 pm ET.