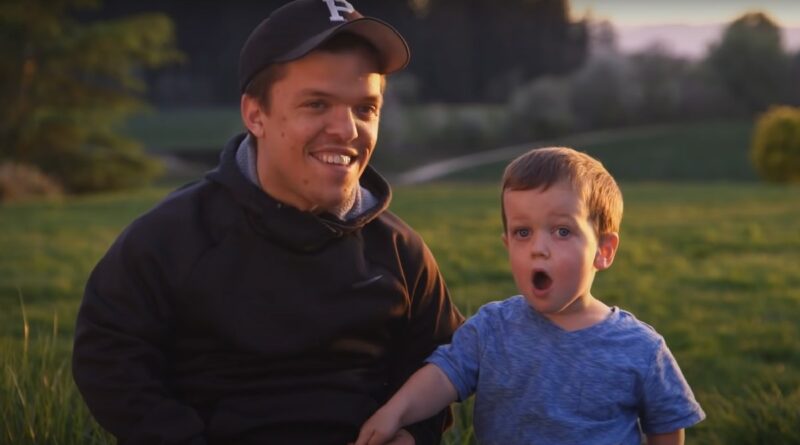 Little People, Big World dad Zach Roloff says his son Jackson Roloff is starting to grow up. So, he feels it won’t be long before he has to talk with his son about how they are different. But, for now, he feels Jackson is starting to realize there are differences, but he hasn’t put it all together.

Little People, Big World: Zach Roloff & Jackson Roloff Share a Close Bond
Zach Roloff feels he can relate to his son Jackson Roloff. The LPBW stars share many similarities. Besides their love for soccer and farming, the father-and-son duo has many other things in common, including being born with achondroplasia dwarfism.

The Little People, Big World father, has undergone two leg surgeries, including leg strengthening and an operation to reduce the risk of leg curvature. This is the same surgical procedure his son underwent during Season 23.

HopkinsMedicine.org defines achondroplasia as a genetic condition affecting a protein in the body called the fibroblast growth factor receptor.

This slows down the growth of bone in the cartilage of the growth plate, leading to shorter bones, abnormally shaped bones, and shorter stature. Achondroplasia is the most common form of skeletal dysplasia, occurring in about one in every 40,000 births.

Understanding Jackson’s Struggles
In the upcoming episode, Zach talks with his LPBW wife, Tori, about understanding the struggles their son will endure due to his disability.

The Roloff family attends Spokane’s 2022 LPA Conference (Little People of America). Zach feels this is where Jackson is now old enough to sense that other people look like his dad and grandparents. However, he doesn’t feel he has put it all together yet.

Little People, Big World’s Zach tells Tori he is concerned that since their son is so proud of himself and has a lot of confidence, learning about his condition may break him down.

He adds he hopes he doesn’t lose it because it is “super sad when you do.” He says it is part of the sad transition of recognizing yourself as a dwarf.

During Zach’s confessional, he recalls feeling left behind as a child. He says he found it hurtful to know you can’t catch up with others.

Zach also remembers his normal-sized friends and twin brother Jeremy Roloff running off from him. He says he would come in to tell his mom when it would happen.

Zach adds that his mom always told Jeremy not to leave your brother behind. He recalls it feeling very demoralizing and such a little brother thing. But says he is not the little brother.

LPBW: Zach Has the Same Fear for All His Children
In 2017, Zach Roloff said he knew you must encourage a dwarf child a little more. He said it is because it will take them five steps to do what others can do in two.

“However, I knew, dwarf or not. I was going to parent my child with the mentality that not everyone gets a trophy. You have to earn it,” he stated.

He says he also has the same fear for all of his children. The LPBW star has mentioned in the past he knows from his own experience it is not an easy road. “That collision of confidence and self-worth, and then reality, is what hurts the most.”

But TLC fans feel it is easy to see Jackson has a strong will and is determined. With those characteristics and parents who love and support him, they feel there is nothing he can’t accomplish.

Welcome To Plathville: What We Know About Moriah’s Dog Blackjack