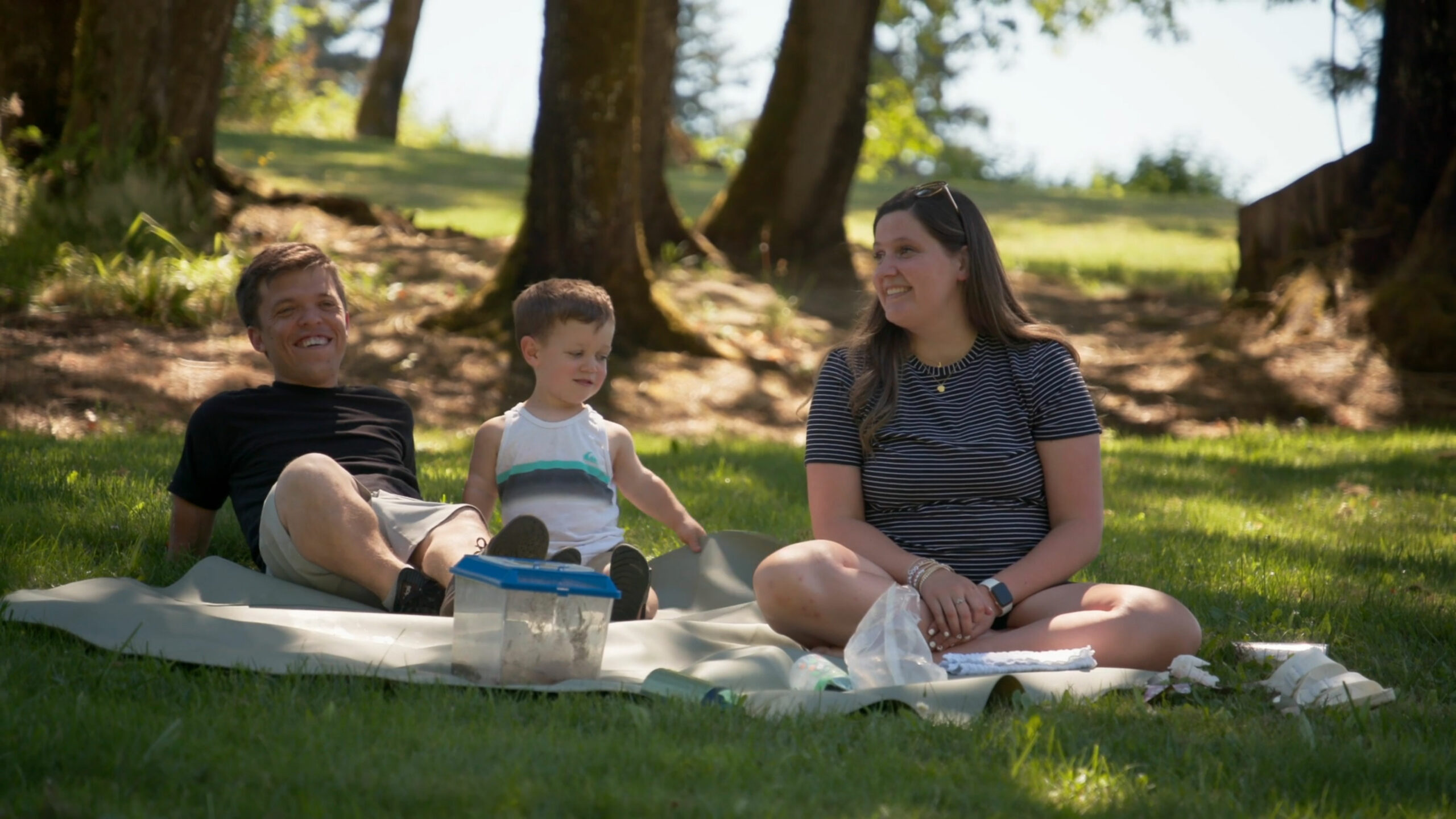 LITTLE People fans have vowed to boycott the reality series after Zach and Tori Roloff’s conversation about hotdogs during the “boring” current season.

This isn’t the first time Little People, Big World fans have complained about the show’s recent lack of interesting content.

During the latest episode of the TLC series, Zach, 32, and Tori, 31, discussed the backyard campout the father of three planned to do with his oldest, Jackson, five.

As the family enjoyed an afternoon picnic, Zach asked Jackson: “What do you want to eat at the campfire?”

The five-year-old responded: “I want mac and cheese.”

Instead, Tori suggested: “You could cook some hot dogs.”

All the talk of the baseball park staple prompted Jackson to ask: “Where’re those hot dogs?”

In a confessional, the 32-year-old explained: “I’ll be in charge of the dinner. We’ll cook over the fire and keep it simple, just a little hot dog action.”

Viewers quickly grew tired of the hotdog talk, especially when an entire portion of the episode was dedicated to it.

The post’s creator explained: “I think I’m out. After the ‘coming up on…’ was just a discussion about hot dogs. Cut to the actual segment all about hot dogs, hearing Zach and Tori ramble and say the words hot dog at least 59 times.”

They then added: “I need to do something better with my life.”

FAN REACTIONS
More fans rushed to the post’s comment thread to share similar feelings regarding the show’s lackluster quality as of late.

One person wrote: “Yeah when TLC is teasing a hot dog discussion, it has to be a pass.”

Another fan commented: “I don’t think I have ever watched a more boring show.”

“They are sure strrrretching to make them interesting. But it’s not working,” added a third.

A fourth person stated: “They are really scraping the bottom of the barrel at this point. I think Zach and Tori are incredibly boring. No way they could carry their own show.”

While a sixth commenter wrote: “I quit watching this season. Last season was boring and the first few episodes this season were worse.”

CALLING FOR CANCELLATION
Many viewers were convinced that the series, which is currently airing its 24th season, would get scrapped after the 23rd as they claimed the show was going downhill fast.

Fans think the season might be the show’s last as social media users complained about the mundane storylines.

Last season’s episodes have primarily focused on the feud between patriarch Matt Roloff and his son and daughter-in-law, Zach and Tori after the 61-year-old turned down his son’s offer to purchase the family farm.

They have also highlighted the family dynamic since Matt split with his ex-wife Amy, 60, who got remarried to Chris Marek last year.

One social media user questioned the show’s direction, writing: “This season has been so different and not in a good way. As soon as Zach and Tori are back to being BFF’s with Matt and Caryn, we’ll see them snub Amy and Chris just like old times.

“Everyone this season sucks except Chris and Jackson. The end is near for this show.”

Another agreed, believing that the family drama has been “not interesting.”

“Agree. Chris and Jackson are keeping this show on the air. I’m over the Z&T storylines. Their lives are not interesting. Their feud is stupid and self-centered. Zach is so angry I feel he’s a danger to his dad honestly,” they wrote.

A third echoed the statement: “The problem is they drag out stupid storylines bc nothing else is going on. We had 2 seasons of will Amy sell her share of the farm..and now it’s disgruntled Zach and Tori for being denied by Matt.”

They continued: “The drama between Amy and Matt is a thing of the past, and they have them playing happy exes for a storyline, and it’s annoying to watch. We know they would never be doing this if money weren’t involved.

“The show is forced and redundant. I said it before, but I’d rather watch a show about Amy and Chris doing fun things.”

A fourth person chimed in with their thoughts: “You know, we all keep saying the show surely MUST be almost done, but somehow, it keeps being renewed.”

One fan had a change of tune in a tweet about a recent episode: “As staged as this dinner is, it was nice to see Amy genuinely laugh with Matt and Caryn.”