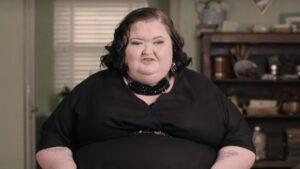 These days, fans are talking about the big difference in 1000 Lb Sisters star Amy Slaton Halterman’s face. It happened after she started working hard to lose weight after getting her bariatric surgery. Amy and her sister Tammy Slaton were together heavier than 1000 pounds at the beginning of her weight loss journey in the hit TLC show. During the course of the show, Amy realized that she had to lose weight or else she will be losing her life. Gradually, Amy has been losing some weight, and fans can see the difference in her face. Continue reading to know more about it.

When 1000 Lb Sisters started, the weighing scale depicted that Amy Slaton was 406 lbs. She had multiple chins, and she was clearly ingesting more calories than her body was able to burn. It was noticeable that Amy was barely able to hold up her head and try to breathe in the earlier photograph. When Amy became a mother, she realized that she had to make some changes and make better choices in order to live with her children. After undergoing Gastric bypass surgery, she shed some huge pounds and showed differences that were heavily noticeable by the fans. 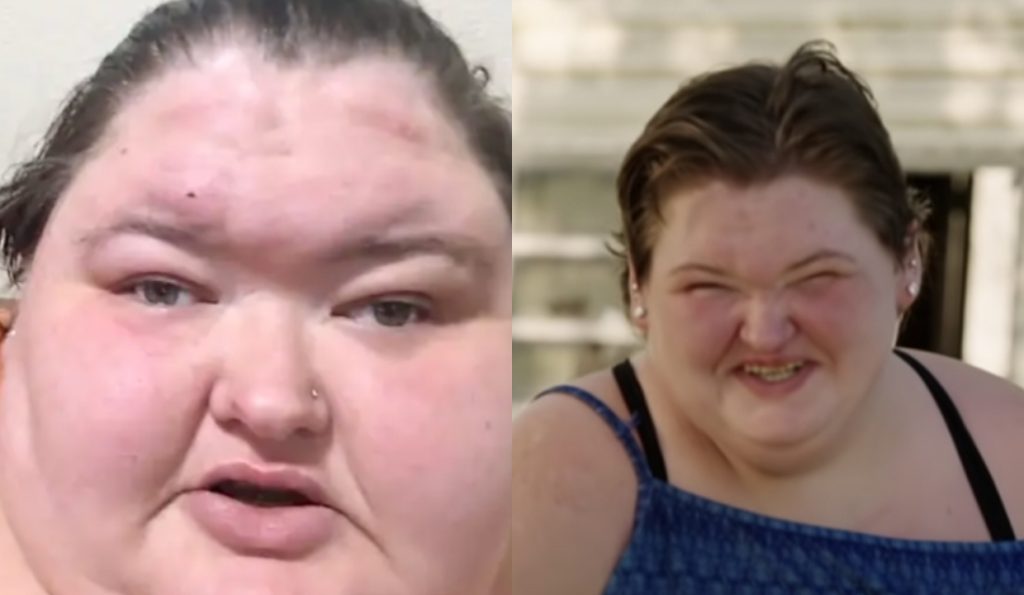 From weighing 406 lbs, she had now cut down to 275 lbs. Amy’s face became more angular and in shape, revealing her dark-brown eyes and prominent malar bones, as per Screenrant. She also appeared to be grinning more. During the second season of 1000 Lb Sisters, Amy expressed her satisfaction and happiness with her achievement, noting that she used to wear a size 5-XL bathing suit, and now she can wear XL bikinis

. That really is a big transformation. She now stopped trying to conceal her insecurities behind her hair and started wearing it down more often.

Both the sisters, Amy and Tammy, started their journey together on 1000 Lb Sisters and have been together since then. However, things have now changed. While on the show, they frequently fought with one another. Although, the fans believed that there was no importance to it. Hence, they were only acting in lighthearted sibling rivalry. But, in one video, Amy Slaton made a statement that was quite shocking. She said there would be no “Slaton Sisters” anymore. 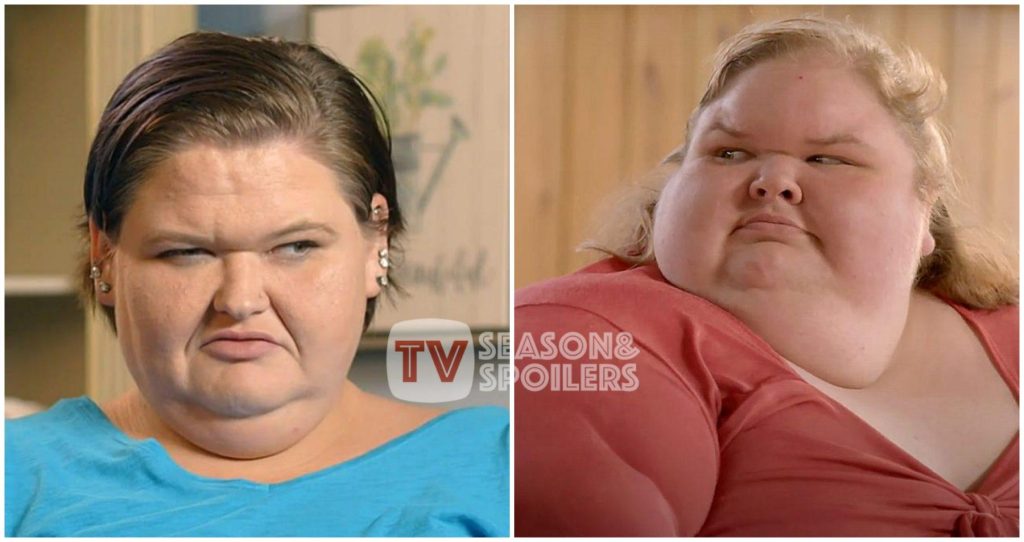 Nevertheless, Amy then introduced the Willinghams to the viewers, and they found out that Tammy Slaton just changed her last name to Tammy Willingham

. She did so after tying the knot to Caleb Willingham in November. Meanwhile, Amy is already a married woman and is legally known as Amy Slaton Halterman. The celebrity was trying to indicate that Amy and her sister Tammy are both married now and no longer share their common last name. As a result, they get along well, and there is no enmity between the two.