Chantel and Winter Everett from the 90 Day Fiancé franchise recently glammed up in stylish outfits to attend a press conference for a new show.

Former 90 Day Fiancé star Chantel Everett and her sister Winter Everett recently glammed up for an event and flaunted their looks on social media. The sibling duo is best known for their appearance on the TLC spin-off show, The Family Chantel, where they showcased their strong family bond. Over the past few months, both sisters have split from their respective long-time partners and moved on. The Everett sisters are now enjoying their single life, spending time together.

Chantel and Winter recently shared their latest adventure when they visited a press event in beautiful and stylish outfits. In their latest Instagram stories, the 90 Day Fiancé sisters unveiled their glamorous makeovers by posting a few behind-the-scenes clips of their big night. Chantel wore a black cutout dress and paired it with gold earrings and straight hair. Winter sported a contrasting one-shoulder white outfit with a red floral pattern and flaunted her curves. Both sisters looked red carpet ready in their dresses alongside their brother Riverknight Everett, who accompanied them in a sporty green outfit. 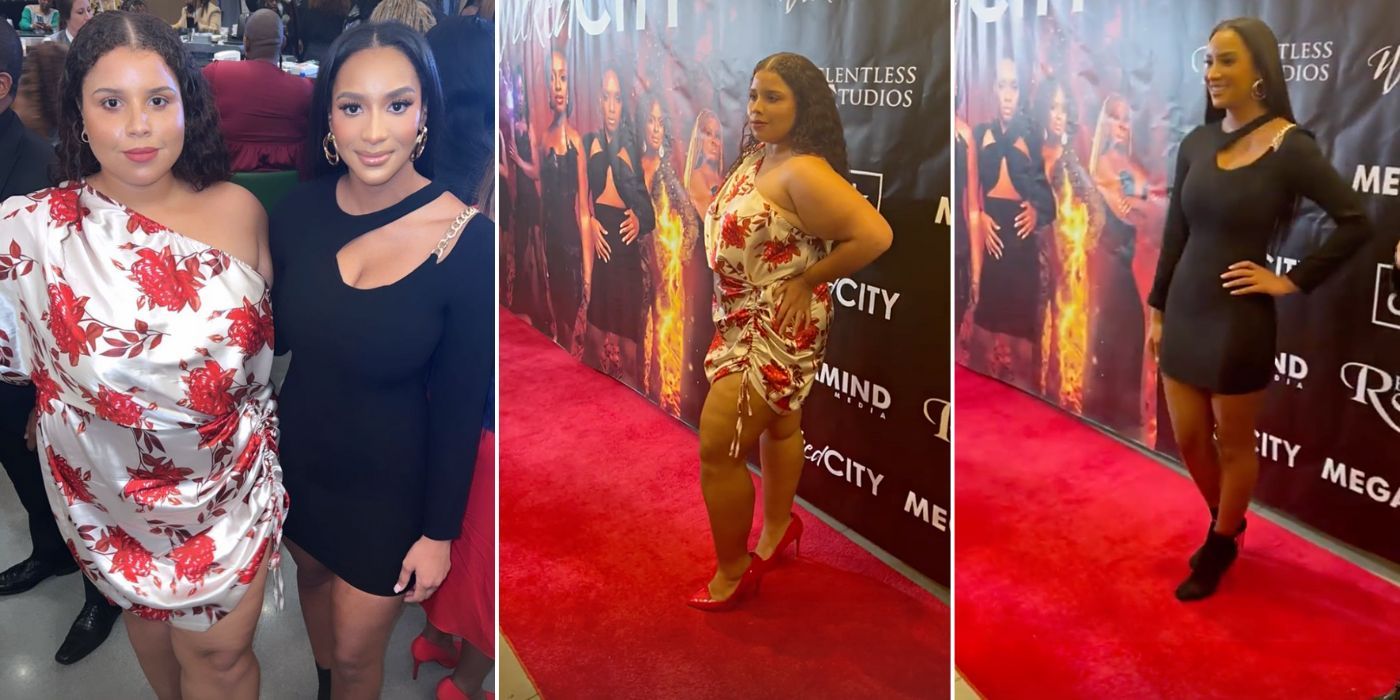 Their Instagram stories reveal that the popular TLC stars visited the press event of a new drama science-fiction show, Wicked City. The series aired on December 1, 2022, and is a part of AMC Networks’ channel, ALLBLK. In her posts, Chantel showcased her press tickets and posted various other clips from the red carpet. One video showed her posing in front of the TV show’s banner as cameramen photographed her at the event. Another clip showed Winter flaunting her curvy figure while she stood on the red carpet and posed for the cameras.

While Chantel and Winter enjoyed their time at the AMC show’s press, they didn’t reveal the reason behind their visit. However, their red carpet walk proves that someone must have invited them to the night event because of their popularity. The 90 Day Fiancé stars are extremely famous among reality TV fans and have a great reach on social media. Chantel and Winter’s presence at the press event would promote the show among interested viewers. Most viewers hope to see the Everett family members back on The Family Chantel season 5. Hopefully, Chantel’s divorce from Pedro will not affect the show’s future.

Sadly, some 90 Day Fiancé viewers do feel that The Family Chantel will not be renewed for another season, as the main hook of the show is now over. The entire point of the show was to feature Pedro and Chantel’s tumultuous relationship and family drama. Without it, it would be hard for TLC to sell the show with a compelling hook. Chances are, the network will probably cast members of The Family Chantel to feature on other 90 Day Fiancé spin-offs where they can find new romantic partners.

‘Doubling Down With the Derricos’: GG Celebrates Her Birthday as Deon Derrico Says He Hopes Family Will Return to TLC ‘Soon’

Feb 1, 2023 Iron Men
Doubling Down With the Derricos

“Doubling Down With The Derricos” Season 4: Filming has begun

‘LPBW’: Caryn Chandler’s Net Worth Will Shock You